Did you know that your local campaigns in Google Ads can now be scheduled to turn on or off on certain days or time of the day? Anders Hjorth posted a cryptic error when trying to set a schedule for local campaigns in Google Ads that read “this operation is not allowed for the given context.” He said “the local business I run a campaign for is not open this weekend. Ad schedule “not allowed for the given context”. I can’t find any good reason this. Is there one?”

Here is the screenshot: 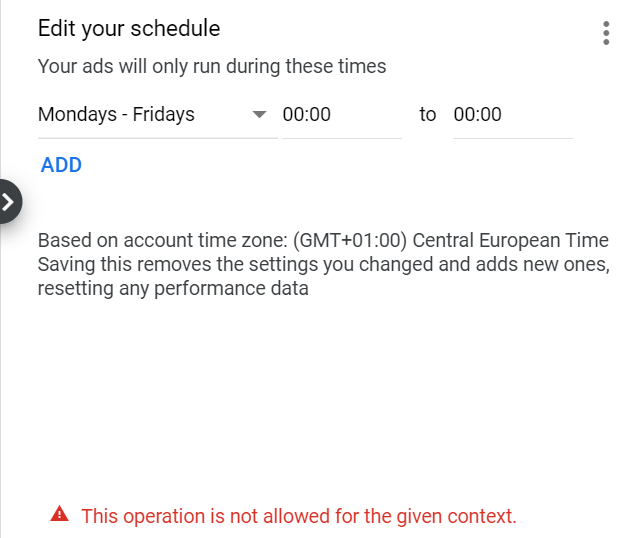 Ginny Marvin, the AdsLiaison replied on Twitter saying “ad scheduling isn’t available in Local Campaigns.” “The idea is to keep store location promotions ongoing, similar to local brand advantage (like billboards) & search location extensions,” she explained. One work around she provided was to “use automated rules to pause/enable ad groups at specific times.”

Anders wasn’t too happy with the logic there, he said “indeed silly and hey, I’ll do a complex workaround because the feature was removed to make it simpler?!” Roy Steves also echoed that, in which Ginny promised to pass along the feedback.

Thanks, Roy. And I’ll pass along that feedback.

What You Need To Know