Google Ads is rolling out or now has the Google Creative Studio’s asset library feature directly in Google Ads. I believe Brett Bodofsky was one of the first to share this on Twitter and George Nguyen confirmed it with Google a couple weeks ago.

Here is a screenshot of it in Brett’s Google Ads account: 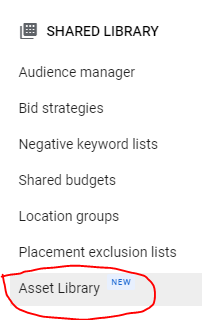 Others have been seeing it as well:

We have it as well in a couple of accounts. (for some reason the link had disappeared for a few days but now it is back). I like to be able to divide creatives in Folders.

The Google Asset Library is a repository that creative agencies can use to upload and organize Rich Media creative assets. Assets can be used in multiple creatives, so agencies can share them across various campaigns in their Studio account. They can easily pull them into new creatives. Now it is in Google Ads, not just the Studio’s Assets tab.

DuckDuckGo Reaches 100B Searches, But Growth Is Slowing Down

Is It A Ranking Factor?