Google is once again deactivating accounts for inactivity. Google AdSense sent out emails last week to AdSense publishers and YouTube publishers saying your AdSense account has been deactivated due to inactivity.

Looking through Twitter and the forums, it seems like a ton of accounts were deactivated over the past week. Sunny shared a screenshot of the email he received about this and shared it on Twitter: 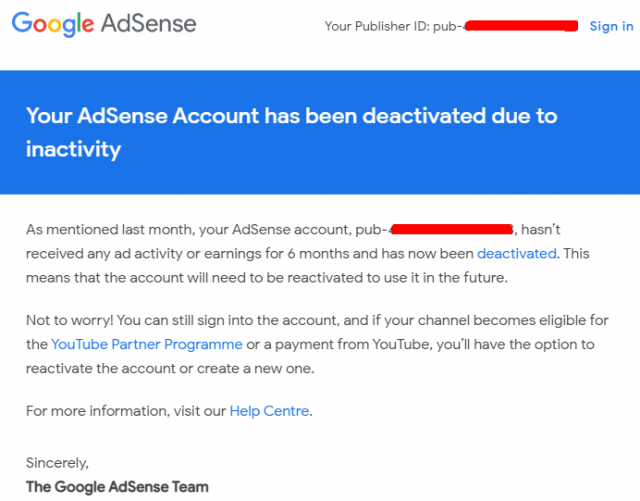 It says “as mentioned last month, your AdSense account, pubID, hasn’t received any ad activity or earnings for 6 months and has now been deactivated. This means that the account will need to be reactivated to use in the future.”

YouTube responded to one of these complaints on Twitter saying “Thanks for sending this our way – AdSense accounts can be deactivated if there is no activity in a certain period of time. Learn more about it here.”

I guess if there is not activity for 6 months, it makes sense to not keep the account open.

This is not new but it seems Google cleaned up a bit last week.