Google pre-announced this at Google I/O along with Clip markup but the Seek markup was not yet ready.

Google said this is “a new way for you to enable key moments for videos on your site, without the effort of manually labeling each segment. All you have to do is tell Google the URL pattern for skipping to a specific timestamp within your video. Google will then use AI to identify key moments in the video, and display links directly to those moments in Search results.” 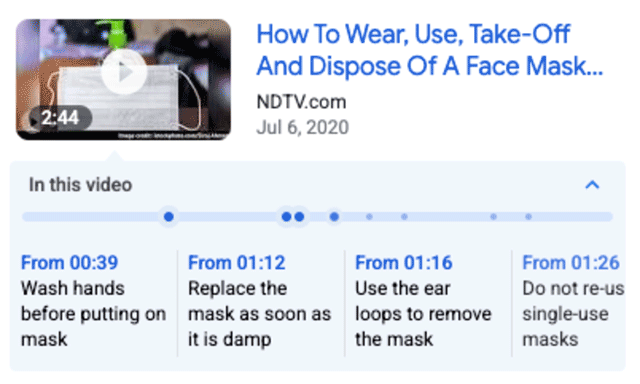 Here are things you should keep in mind when implementing it:

Here is the developer help docs on how to implement it and sample code:

How to Use Snapchat In Your Marketing Campaigns [Podcast]

Did YouTube Change Its Algorithm? No, It’s Seasonal Decline