Google has a bug with its Local Service Ads program where it may change your bid mode from “Maximize Leads” to “Max Per Lead.” Ginny Marvin from Google confirmed the issue yesterday afternoon and said “this is a bug that we are working on fixing.”

This was spotted first, I think, by Len on Twitter who told me “Local Services Ads had a huge glitch sometime in the last 24hrs & changed the bidding mode from “Maximize Leads” to “Max Per Lead”. In addition, bid amounts were changed to the minimum bid.” He said this “issue has impacted 100% of the law firms I work with.”

Here is a screen shot he shared: 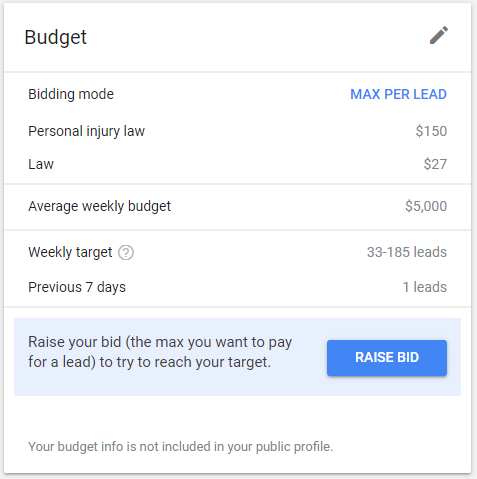 It would be wise to double check your bid modes on your Local Service Ads to ensure they are set as you originally set them. Also, you may want to reach out to Google to ensure you aren’t do some credit for this bug.

I had all of mine set to Max Per Lead already, and set them to the max bid that was allowed at the time. These bids were also dropped to the minimum. Thanks for the heads up.

Ginny Marvin from Google said “this is a bug that we are working on fixing.”

How To Simplify Boring Tasks & Win Customers Over

How To Get Free Hotel Booking Links In Google