Last year Google added the ability for users to send a message to a business through a Google Posts. Well, now according to Ben Fisher, Google is showing in the Google My Business messages area when a message is received via a Google Post.

I should note that Google does not tell you which Google Post the message was initiated from, but rather Google in general is telling you it came from a Google Post and not a normal Google Business Profile message request.

Ben Fisher wrote on Twitter “GMB: Did you know that you can get messages from Posts and other ways on GMB. What I think is new is Messages showing you the source.” He shared this screenshot below: 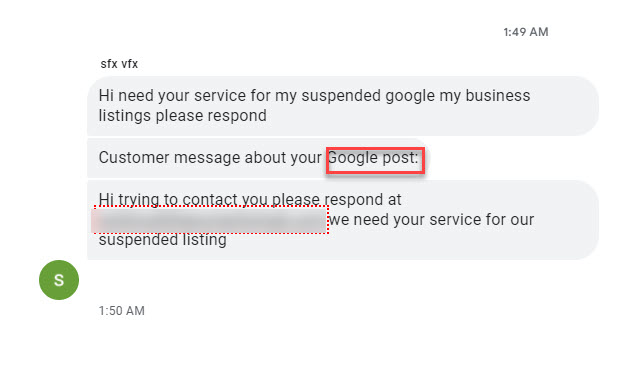 I guess it is good to know the source of when a customer messaged you? But if it is via a specific Google Post, let’s say some sort of promotion notice, wouldn’t it be good for Google to pass those details along to the business as well?

How To Get On The Explore Page