Yesterday, June 30th, there may have been an unconfirmed update, just two days after Google ran the spam update – which ran on the 28th and would have then been seen more on June 29th than the 30th. But who knows, maybe it ran into the 29th and what we are seeing are fluctuations due to part two of the spam update?

The chatter in some of the forums, including WebmasterWorld and Black Hat World and social media. The chatter is not too insane but there is chatter. Also, the tracking tools, many of them, are showing some heated weather (like much of the US population is feeling right now).

Here is some of the chatter I see:

My site got a super massive boost the last 2 days that almost completely reversed the actions of the December core update.

Now, today, this has been completely reversed and it’s back exactly to where it was before around two and a half days ago.

You can see on the analytics charts precisely to the hour when it started and when it stoped. It’s like a switch was flipped on and then off again.

I think they may be testing the next core update.

Or it was the spam update which was then reversed.

I saw this on Monday…almost normal traffic and my first conversions in a week. Yesterday traffic stopped at 9am sharp and remained very low all day. I hope that isn’t a portent of what is to come. Today I wake up to a big overnight surge which dropped off every hour to zero at 9am. This pattern is clear for many of us here…the traffic is simply vanishing for the prime hours for business.

There has been a very big drop in traffic classified as “direct” to my site since the weekend. We’re talking down by 40-60% daily, with a reversion back to normal on Monday, then back down on Tuesday. This is mostly traffic from Google Images…has anyone else seen this drop

I don’t know about your niches, but in my niches the Top 10 are full of Pinterest social shares, Facebook pages, PDF shares and other parasites, mostly having spun content and a ton of outgoing links.

Has someone switched off T’Internet today, 1st July?

Incredibly dead across all my sites, I actually had to check my server was not down, very little spam and few emails too!

Just going through my logs and the switch for me was flipped about 23.00 UK time Weds night.

More info, 90+% of visitors since 23.00 have been single page views, very unusual and since 06.00 UK time this morning zero USA visitors whatsoever, that is most unlikely at 22.00 West Coast time, nothing for 5 hours?!?!

Here are some of what the tracking tools are showing: 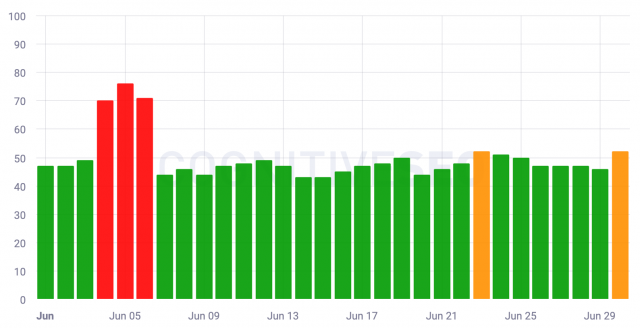 Again, I am not sure if this is part of the part two of the spam update or just one of those normal unconfirmed Google algorithm updates.

Update: Google is saying they are now rolling out the July core update, is this related?

These typically take 1-2 weeks to finish. Our guidance about such updates is here:https://t.co/e5ZQUA3RC6

Here’s more on how we improve search through updates:https://t.co/IBmInwGOiX

Microsoft partners with Shopify to help retailers expand their reach

I Lost 90% of My Organic SEO Traffic, What Happened?