I discussed in my previous post two compositional rules that could make your product photography more engaging. I’ll expand on that subject in this article.

This is the ninth installment of my series to help ecommerce merchants take better product images. “Part 1” addressed the importance of backdrops. “Part 2” explained tripods. “Part 3” examined artificial lighting. “Part 4” reviewed angles and viewpoints, and “Part 5” dealt with choosing a camera. “Part 6” assessed lenses and their importance. “Part 7” focused on magnification and close-ups, and “Part 8” introduced the basics of composition.

The Golden Ratio, also known as the Fibonacci Spiral, is a compositional design rule based on the principles of a 13th-century Italian mathematician, Leonardo of Pisa (later known as Fibonacci). Fibonacci’s famous sequence is each number being the sum of the two previous ones — 1, 1, 2, 3, 5, 8, 13, etc. Applying this sequence to photography and design creates aesthetically pleasing layouts.

Applying the Golden Ratio to photography creates aesthetically pleasing layouts. This example shows the progression of squares and arcs within the squares, which simulates how humans view the images. Source: PhotographyHero.com.

Imagine a series of adjacent squares in your camera frame. The length of the first and second squares are the same. The length of the third square is the sum of the first two. Placing an arc within each square, connecting opposite corners, represents a natural path of how human eyes view an object. The distance of each square’s arc would be 1.618 times the square’s length. That’s the so-called Golden Ratio: 1.618. It’s a natural pathway that draws our attention around the photo and ultimately to the focal point at the image. 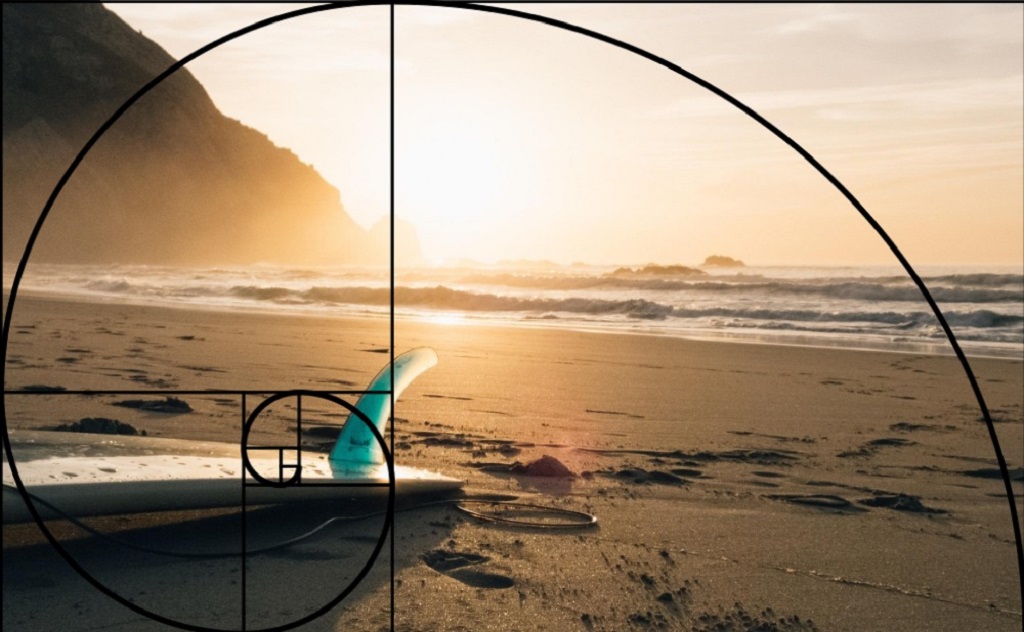 The composition of this image follows the Golden Ratio, with the surfboard at the endpoint of the spiral. Source: Fotowoosh.com.

Applying the Golden Ratio to product photography, place your item at the end of the spiral (such as the surfboard above). Then put all supporting elements within the large arc as it spirals out from the focal point. Any supporting elements not within the arc would divert viewers’ attention and lead to an unsatisfying image.

The Golden Triangle is another advanced compositional rule that divides the photo’s frame into triangular sections wherein the focal point is the intersection of lines. It’s similar to the Rule of Thirds in my previous article. 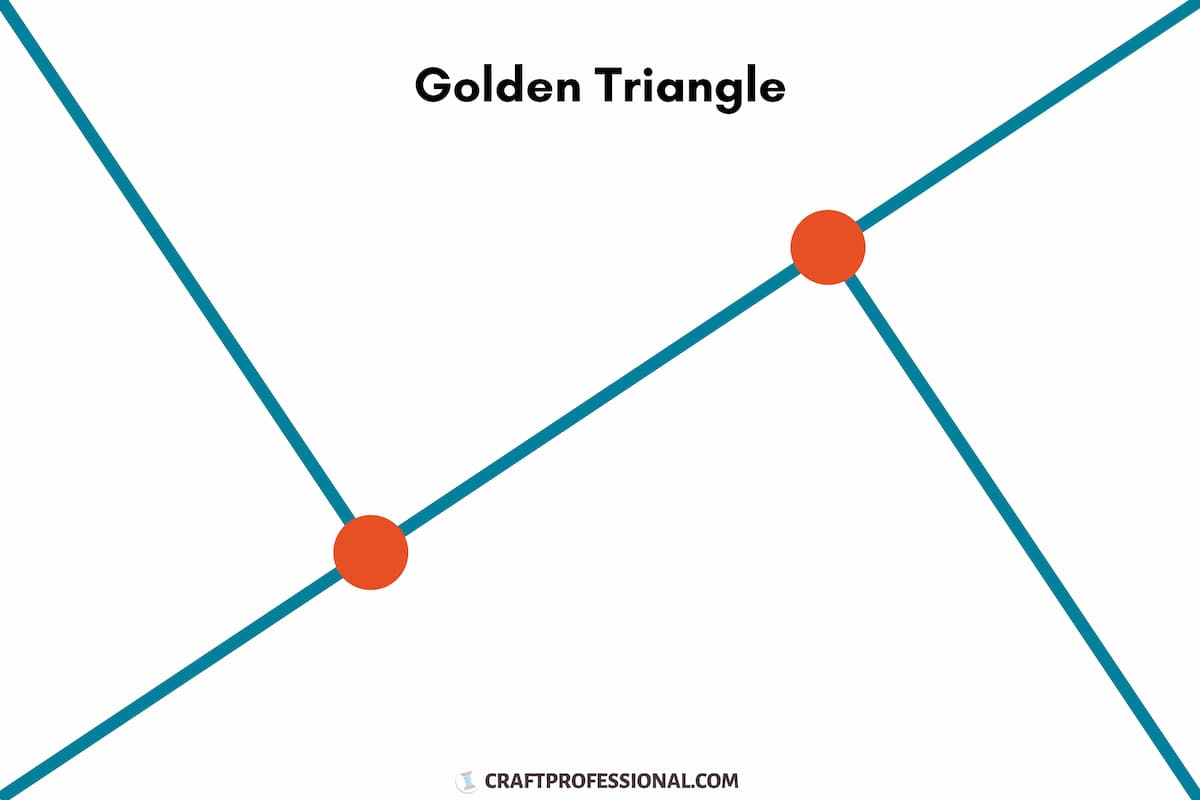 The Golden Triangle rule divides the photo’s frame into triangular sections wherein the focal point is the intersection of lines. Source: CraftProfessional.com

To experiment, divide your frame into two sections diagonally along an imaginary line connecting opposite corners. Then draw two diagonal lines from the unused corners to intersect with the initial line at a 90-degree angle. Place your product where the lines intersect and keep the supporting elements of the photo within the same triangle. It’s a simple and effective method of creating an engaging product image. 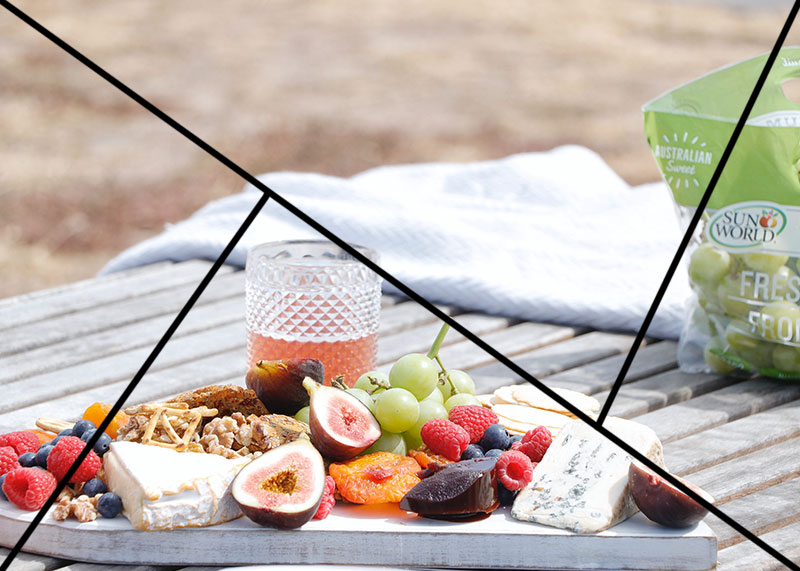 The Golden Triangle adds a diagonal element with lines that draw the human eye towards the focal point. Source: CreativelySquared.com.

Dynamic Diagonal composition is relatively easy. You’re likely doing it subconsciously. The rule is to place the essential elements of a photo along diagonal lines. The lines of a product photo are the best way to focus a viewer on the item. Supporting elements within the photo should lead to the product, the focal point.

Following this rule is straightforward. Look at your frame, place your product, and build your supporting elements around your product along diagonal lines. Note the example below. The plants and rocks lead our eyes towards the product (face powder). 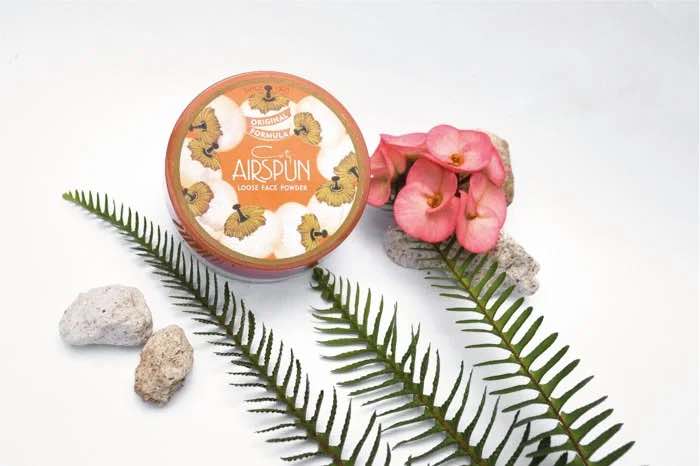 Dynamic Diagonal composition places the essential elements of a photo along diagonal lines. In this example, the plants and rocks lead our eyes towards the product (face powder). Source: ExpertPhotography.com.

How To Market And Brand Skin Care Products (2021)